Get a free recipe
Subscribe
Breakfast at the Cha Chaan Tengs
By: Donny Tsang 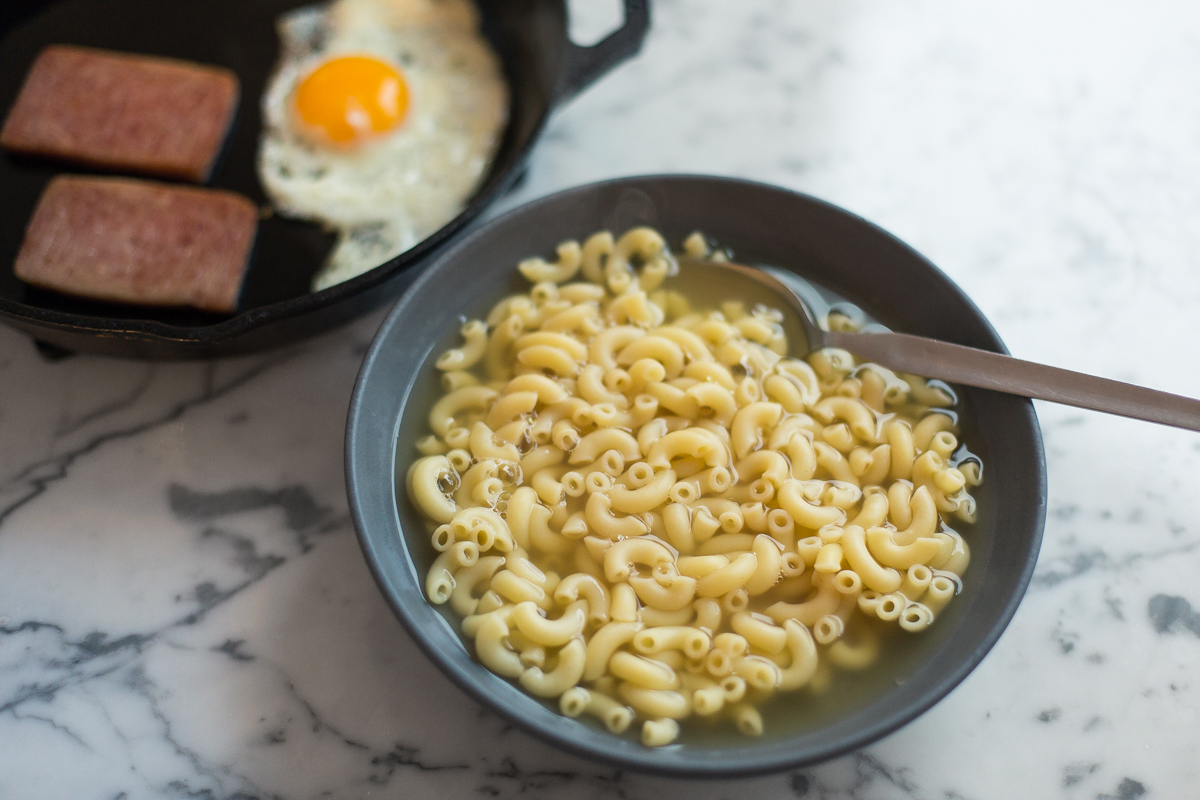 Hong Kong may be known for its dim sum, but the unsung hero of breakfast in the city is comforting, no-frills diner food.

It was Tuesday morning. I opened my eyes to the sound of “Take On Me” by A-Ha, my preferred alternative to the beep beep beep of the alarm. Take on me (take on me) / Take me on (take on me) / I’ll be gone / In a day or two. Despite having just flown 16 hours from New York City to Hong Kong, I was feeling wide awake, full of nostalgia for the city I had spent my childhood in. I was also very hungry.

It had been 29 years since I’d left Hong Kong for the United States at eight years old. Too much had changed since my last visit, over a decade ago, and I would have been completely lost if not for my father, who was there to see family along with my mom. I decided to join them and made it an early birthday vacation for myself.

Acting as my travel companion and guide during the course of the trip, my dad would point out a new street, a new building, a new neighborhood. To my relief, I saw that the food of my childhood memories had been preserved by the cha chaan tengs—the diner-like eateries that came into their own in postwar Hong Kong and continue to flourish today.

Although Britain gained full jurisdiction of the Kowloon Peninsula, Hong Kong Island, and the surrounding islands for 99 years starting in 1898, “Western” food did not gain popularity until cha chaan tengs reinterpreted it at affordable prices in the 1950s. A roll topped with pork floss and condensed milk

Many of the items you find at Chinese bakeries from around the world today have their origins in that era. Take the baked roast pork bun, for example, which encases the filling of a traditional steamed pork bun in a light, slightly sweet dough. Or the baked hot dog bun, which encases, well, a hot dog in that same dough. Or the pineapple bun, which doesn’t actually contain any pineapple at all but gets its name from a flaky, cookie-like cross-hatched topping. Or the highly underrated pork floss roll, which makes abundant use of finely shredded dried pork, rolled and baked cinnamon-bun style in a pillowy dough with scallions. All of these items make great companions to a cup of sweet, hot milk tea.

Then there are the handful of dishes that are only available in your local cha chaan tengs. The Hong Kong style French toast, which I ate way too much of as a kid, is a generously thick slice of white bread that has been soaked in custard, deep fried until golden brown, and served with a slab of butter and a drizzle of sweetened, condensed milk. Or the ever-popular egg sandwich, which offers scrambled eggs cooked in a hot wok nestled between slices of toasted white bread. I love to eat a variation of this egg sandwich that contains slices of corned beef—accompanied by a glass of iced lemon tea in the summer, or a cup of coffee with milk tea in the winter. But in my mind, no meal is more emblematic of the cha chaan tengs of Hong Kong than macaroni soup with ham. This no-frills bowl of elbow pasta in a clear, salty chicken broth with slices of deli-sliced or canned luncheon meat is the dish that everyone in Hong Kong grows up eating. Often served in a shallow bowl with a side of fried eggs, toast, and a hot beverage for a well-rounded meal, this soup is so beloved that even fast food chains include it on their breakfast menus.

Over the years, cha chaan tengs and home cooks alike have served riffs on macaroni soup. While the elbow macaroni is generally a constant, you will often find variation in the broth itself—ranging from a thin, tomato-based broth, to a thick, borscht-like stew. My mother, who prepared the soup for me every time I was sick as a child, would take the time to make her own chicken broth from scratch and cut a block of Spam into appealingly tidy, bite-size cubes. In all of its forms, the soup has delivered quick comfort to Hong Kongers of every age for decades.

Those who define Hong Kong breakfast culture by dim sum alone are forgetting a bigger story. Throughout my childhood in Hong Kong, dim sum was a treat we typically reserved for special family gatherings on Sundays. But the sustenance of every day—the food that I feel nostalgia for, the food that runs deep through my memories, and the food that I seek every time I go back—are the dishes of the cha chaan teng, which remain relatively a comforting constant in an ever-changing city.

Donny Tsang is a Brooklyn-based food and lifestyle photographer. You can find him on Instagram (@donny_tsang) and at www.donnytsang.com.