Get a free recipe
Subscribe
Bostock Is the Best Thing Since Sliced Bread
By: Khushbu Shah Photos: Lizzie Munro 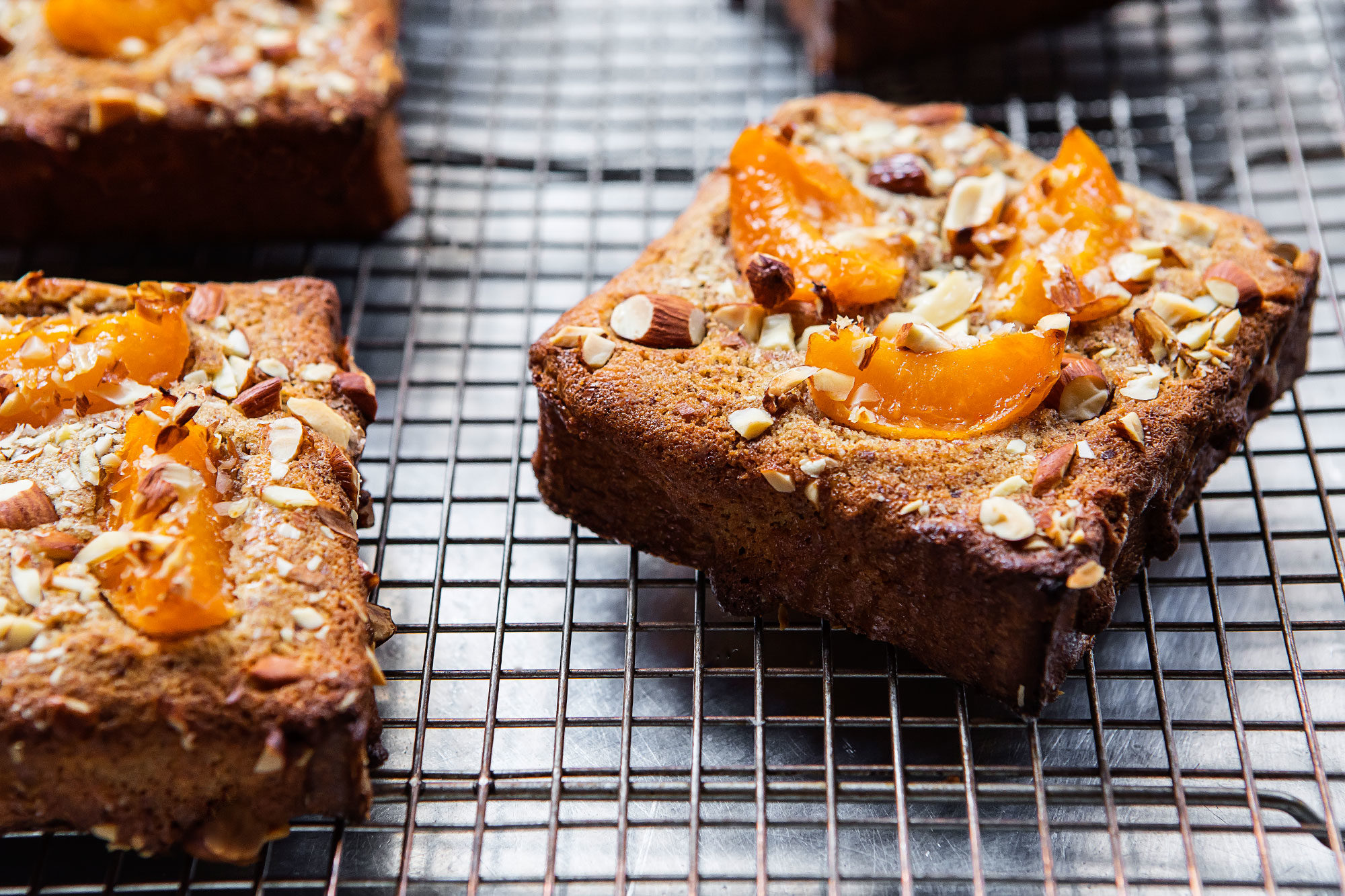 If you’ve got sliced bread, an oven, and some almonds, you can make something even better than French toast.

There is never a wrong answer when it comes to making a selection from the pastry case—chewy cookies the size of a small animal, buttery croissants, pillowy cakes—but there is always a right answer, and that is the criminally underrated bostock.

Bostock—pronounced “BOH-stock”—isn’t a cornerstone of most pastry cases in America, but it should be. The sweet is simple in construction and defiantly French: a piece of stale brioche is soaked in simple syrup, topped off with a layer of frangipane, or almond cream, and finished with a flourish of sliced almonds, baked around 350 degrees, and often dusted with powdered sugar. The top and edges become crispy and caramelized, while the inside remains soft and rich. There is no bad bite.

“They are the fried rice of the pastry world.”

Because of its clever use of stale bread, bostock is often compared to French toast. But Zoë Kanan, the lauded chef who heads up the pastry and baking program at New York City’s Freehand Hotel, says that comparison isn’t very accurate. “French toast is custardy, eggy, and almost like bread pudding. Bostocks are not that.” Instead, she likes to describe it as an open-faced almond croissant, but “much easier to make.”

What Kanan loves most about bostock is its versatility. “They are the fried rice of the pastry world,” she says. “You need the base to be old, and you can use whatever you have in the fridge.” If you don’t have leftover brioche, any Pullman loaf or other fluffy bread will do. Kanan actually prefers to make bostock with challah or milk bread because “they are less rich.” If your bread isn’t quite stale, you can cheat a little by laying the slices out on a baking sheet for 15 minutes or so with your oven on the lowest setting. Kanan then whips up a batch of frangipane—which is equal weights of sugar, eggs, butter, and almond flour—and spreads it across the bread, then tops each one with whatever bits of fruit are in the fridge. Kanan particularly loves using halved or quartered roasted stone fruit or fresh blueberries—though dried fruit could work just as well. Same with a layer of jam or a few squares of chocolate hiding beneath the almond cream. She also likes to shake things up by flavoring the simple syrup and almond cream with spices like cardamom and cinnamon.

While the name “bostock” or its even Frenchier alternative—brioche aux amandes—might sound intimidating, Kanan insists that it’s as easy to pull off at home as it is in a restaurant kitchen. “It’s pretty much foolproof,” she says. “I feel like you could even do this in a toaster oven.” All the easier if you have a sliced loaf of store-bought bread sitting on your counter. And though it’s similar in flavor to an almond croissant, it’s much easier, cheaper, and less labor-intensive to make. All you need is to whip up a pastry bag of almond cream, grab a slice of stale bread, and heat up a semi-functioning oven.

If bostock is so easy to love and easy to make, it begs the question, why isn’t it everywhere? Kanan theorizes that people don’t often think to bake it because it’s something you make to use up leftovers. It’s also not a pastry taught at culinary school, even though it should be, says Kanan. But you can usually find it in any pastry case worth its salt. Or, well, sugar.