Get a free recipe
Subscribe
Why Is Blue Cheese Blue?
By: Max Falkowitz 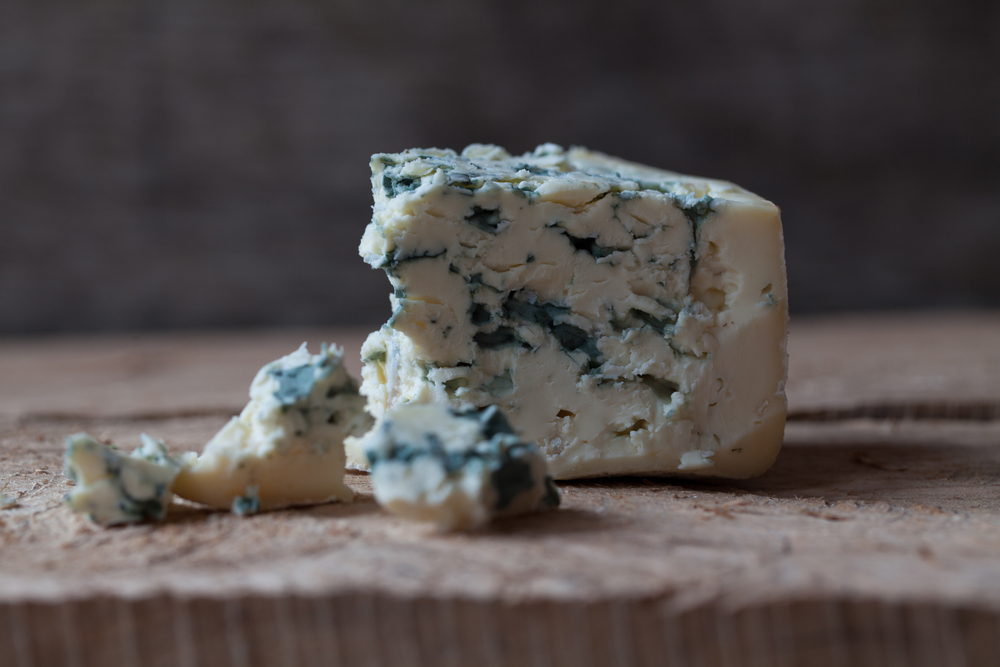 The seductively stinky power of penicillin.

If you shy away from blue cheese because it smells too much to you like stinky cheese, take comfort in knowing science is on your side. Many of the methyl ketones and other volatile compounds that give blue cheese its renowned pungency are products of bacterial cultures found in the curd—and they’re the same bacteria that live on our bodies and stink up our toes and pits. Like most cheeses, blues are made by inoculating milk with specific mold spores and bacteria.

Blue cheese in particular gets a dose of penicillin—the same mold used in medical treatments—which causes those signature patches of blue. Sometimes this penicillin gets added directly to the warm milk, but usually it’s injected into fresh wheels of cheese after the curd has been separated. These injections are what give blue cheese its veiny appearance. And if you’re part of the 10 percent of people allergic to penicillin, don’t worry—it’s broken down during the curing and aging process, and won’t cause you any health issues.