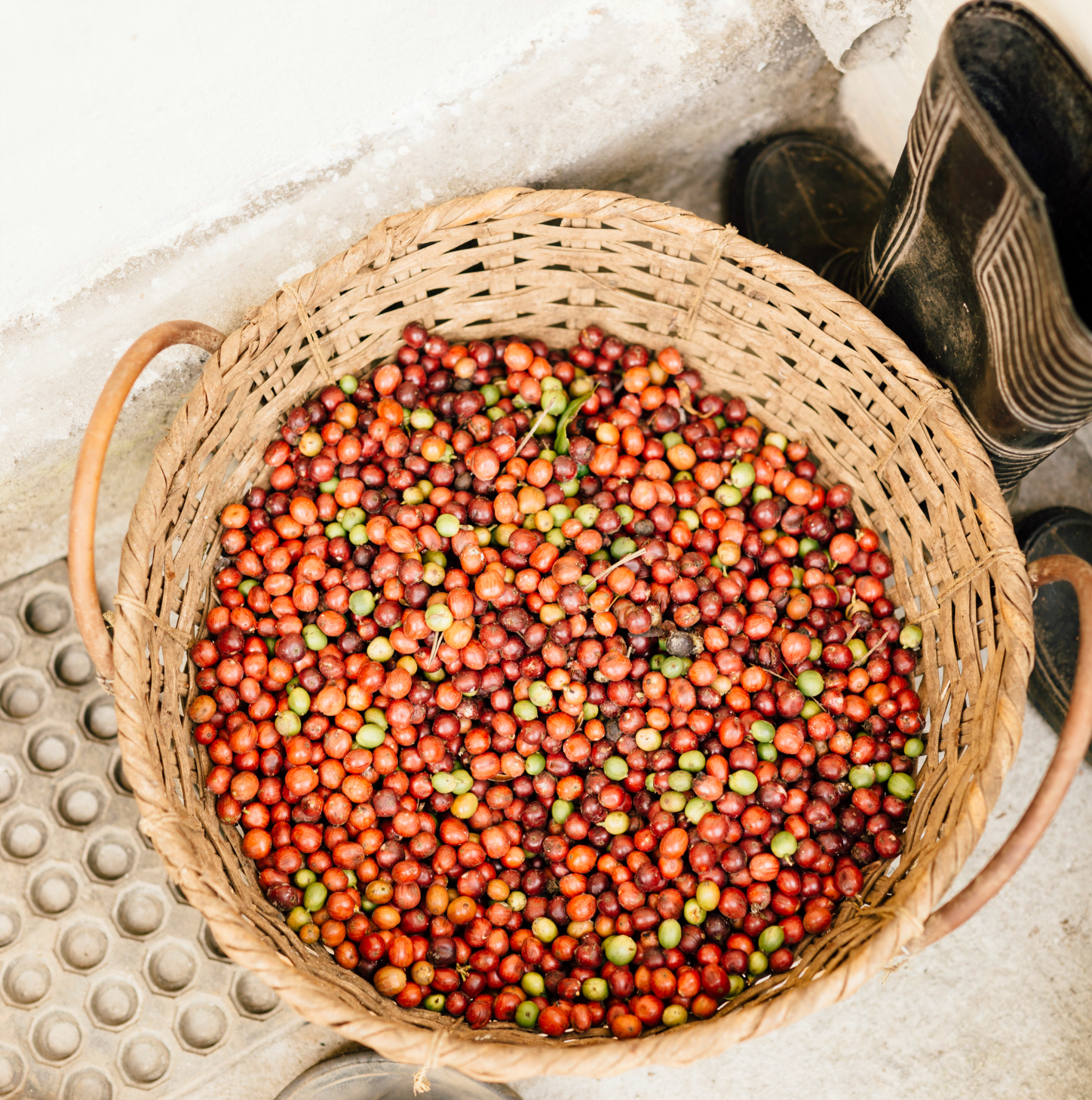 Roaming the steeply banked hills of Kerala, a writer comes to terms with her aversion to black pepper. It certainly wasn’t the pepper’s fault.

As a cookbook editor I’ve lost count of the times I’ve slapped a Post-it note (virtual or otherwise) on a manuscript asking, “Add S+P to taste?” to which the author invariably replied “Oops, yes, thanks for catching!” So essential is this combo that at elegant restaurants and on airline dinner trays alike, you’ll rarely find one without the other. (This point was firmly driven home by my starchy maternal grandmother, who maintained that failure to proffer the pepper shaker along with the salt cellar was a breach of etiquette on par with buttering an entire roll at once, or breastfeeding in public.)

The indivisibility of this union, though, has always been perplexing to me. I am an enthusiastic believer in the necessity of generous (some might say aggressive) seasoning with salt, but more often than not, adding pepper is something I do out of habit—if at all. For one thing, I’m mildly allergic to raw black pepper. (Having edited entire volumes devoted to food allergies, I’m embarrassed to admit how many business lunches I choked my way through, mascara streaming down my face, before I stopped asking for ground pepper on my Cobb salad.) More importantly, though, many of the cooks and chefs I work with agree it should not be used indiscriminately.

Jon Shook and Vinny Dotolo, the duo behind a growing empire of Los Angeles restaurants, were the first to push back against the perpetual pairing of salt and pepper. When I queried the absence of pepper in their recipes while working on their cookbook, Two Dudes, One Pan, they explained they found pepper’s flavor too assertive in most dishes and only used it when they specifically wanted its distinctive bite. Nadine Redzepi, wife of Noma’s cofounder Rene Redzepi and a talented home cook in her own right (full disclosure: I am publishing her cookbook, Downtime, this October), concurs. “In something like a carbonara, fresh black pepper makes the dish, but otherwise I just put it on the table and let people add it to their own taste,” she tells me.

A family-run pepper farm in Kerala

So black pepper was the last thing I was expecting to fall hard for on a recent culinary tour of southern India and Sri Lanka. Having wheedled my way onto a press trip organized by Simply Organic, a Midwest-based company that sources many of its products from that part of the world, I was eager to unlock the mysteries of masala, to revel in the holiday fragrances of freshly harvested nutmeg, cloves, and cinnamon, and to gain an appreciation for turmeric beyond my afternoon Golden Mylk latte. Thanks to the amazing team at Micato Safaris, a company known for its high-end, bespoke tours in Africa and India, for two weeks I was treated to early-morning forays to produce markets, tea plantations, packing plants, and spice stalls interspersed with visits to professional kitchens for cooking classes and outings to local restaurants.

One particularly jam-packed day was punctuated by a visit to Trishna, a revered Mumbai seafood restaurant beloved by our serenely knowledgeable guide-cum-babysitter Sunir, who was partial to the masala crab served there. The crab was as spectacular as advertised, but the dish that intrigued me most was an unadorned piece of fish resembling halibut, which was described on the menu as Barbecued Fish, Hyderabad-style. The pristine brick of fish dotted with black flecks was firm yet moist, with a clean, delicate flavor I couldn’t quite put my finger on. When I asked the waiter what spices had been used, it was simply black pepper. Yes, right, I could see that, but was the fish marinated? Cooked in a leaf of some kind? Finished with a burst of acid? No, confirmed Sunir after conferring with the waiter, just grilled with fresh black pepper and ghee, the Indian version of clarified butter. Hmmm. Interesting.

A few days later our explorations took us to a small family farm outside of Kerala, where an astonishing array of crops from jackfruit to rubber was being coaxed from three carefully cultivated acres. Like many southern Indian farms, this one had until recently been dependent on rubber plants, but as demand for that commodity waned, the family pivoted to other crops and adopted organic farming practices in response to overseas demand for safer and more flavorful products. Today, the farm is part of Peermade Development Society, a social service organization that grows organic spices for Simply Organic, a mutually beneficial relationship that ensures the company an ongoing supply of products grown according to the highest standards and provides the family support and guidance on maximizing their acreage and revenues.

As we wandered through the steeply banked hillside, tasting exotic fruits and freshly dug turmeric roots, our host pulled a cluster of green berries from a vine growing up a tall, narrow tree and handed it to me, the only one of our group game (or goofy) enough to have taken a bite of the searingly hot chiles they offered us. Pepper, he told me. Reluctant to be rude, I took a cautious nibble. The taste was a revelation: Far from biting and pungent, the berries had a flavor I can only describe as floral. There was a mild, lingering heat that was not at all sharp, and an almost fruity sweetness.

After that I began to appreciate how essential pepper was to Indian cuisine, particularly in the south, where the hot weather is most hospitable to the tropical vines that produce it. India was at once time the world’s largest producer of pepper, a spot it’s now ceded to Vietnam, producing a mere 18 metric tons each year in contrast to the 90 million it was growing a generation ago. But while Vietnam’s crop is grown strictly for export, India is both a producer and consumer of pepper, and far from being a supporting player, it plays a starring role in many iconic dishes.

Floyd Cardoz, author of Flavorwalla and chef at New York’s Paowalla restaurant, was born and trained in Mumbai, so it’s not surprising that black pepper features prominently on his menu. His tandoor-fired black pepper shrimp is flavored with nothing but ground pepper and coriander, and the strip loin is served “Jeera-Meera,” a nod to the black-pepper-and-cumin seasoning popular in coastal Goa. “Most people are afraid of black pepper and don’t know to use it,” says Cardoz. “When you use pre-ground pepper it loses a lot of its aromatic qualities,” he continues, adding that he has no fewer than four pepper grinders at the ready in his home kitchen. (He also points out pepper has antiflatulent properties, an unsexy but not unuseful factoid.)

The next day we headed to the rural PDS-run plant where some of Simply Organic’s products are packed and processed, including cloves, cinnamon, and, you guessed it, peppercorns. There we donned paper booties and hair nets in order to observe pepper being graded by a cacophonous sifting machine that resembled a school bus with buckets hanging off the sides. Size, the foreman told me, is the most reliable way to identify the best-tasting peppercorns, and exotic-sounding terms like Tellicherry and Malibar refer to the grade of the dried berries accumulating in those buckets, not where they were grown. In fact, all peppercorns, be they black, white, or green, are the same plant, a vine called piper negrum, and any talk of “varietals” is really just marketing hype. (The exception is pink peppercorns, which, it turns out, are not pepper at all but a member of the cashew family.) But that does not mean all pepper tastes the same, or even that all peppercorns from the same plant are identical in flavor.

Processing cloves, which along with black pepper is a cash crop in Kerala.

The pepper plant is a climbing vine that put out slender, grape-like clusters of berries called spikes three to four inches long. As Kai Stark, purchasing manager at Frontier Co-op in Norway, Iowa, explains, the berries growing closest to the vine tend to siphon off the lion’s share of the nutrients coming from the main plant. These larger, more mature berries develop a higher sugar content than the less well-nourished specimens at the tip of the spike, and because the entire spike is harvested at once, you get a range of flavor concentrations on each one. That’s why the sifting and sorting is critical.

Beyond that, provenance does make a difference. Though Sri Lanka, Malaysia, and Vietnam all produce peppercorns for export, Indian product is considered among the best in the world. Stark advises cooks to look for consistency of size, which shows the pepper has been graded; larger berries tend to be more rounded in their flavor, not simply biting. You also want peppercorns with consistent dark, not light brown, color, although some growers try to make their peppercorns look dark and shiny by rolling them in oil. And as with any crop, look for pepper that’s been organically grown.

Freshness is another essential consideration—even when pepper is “freshly ground,” it isn’t necessarily fresh. Most of pepper’s aroma comes from the black outer skin (that’s why white pepper, which has had the flavorful skin removed, doesn’t taste like much); when the peppercorns are old, dried out, and exposed to air for long periods, like any other spice, the flavor dissipates, leaving just the heat without the lovely bouquet and floral quality. Look for spices marked with a packing date so you’ll know how long your pepper has been off the vine, and refill your grinder frequently, storing the bulk of your peppercorns in an airtight container to ensure you get the most out of each grind.

Since returning from my trip, I’ve been bringing out the grinder more and more often, learning when a judicious dose of good-quality black pepper can complement rather than trample the flavors of delicate foods and underscore earthy elements in more robust preparations. I may never love it on a Cobb salad, but in a panna cotta, the flavor couldn’t be more unexpected or delicious. Who knew?

Don’t strain out the peppercorns completely; a few fine grains add visual interest and flavor. This recipe is adapted from the new book that I edited, Downtime: Deliciousness at Home, by Nadine Levy Redzepi.

Pam Krauss is the publisher of an eponymous imprint at Penguin Random House and has worked with such authors as Ina Garten, Giada De Laurentiis, Mark Bittman, Alice Waters, and many more. She lives and cooks in Brooklyn and Southampton, NY. Follow her on Instagram @pam_krauss and @pamkraussbooks.