Get a free recipe
Subscribe
What Is the Best Potato for Mashing?
By: Max Falkowitz 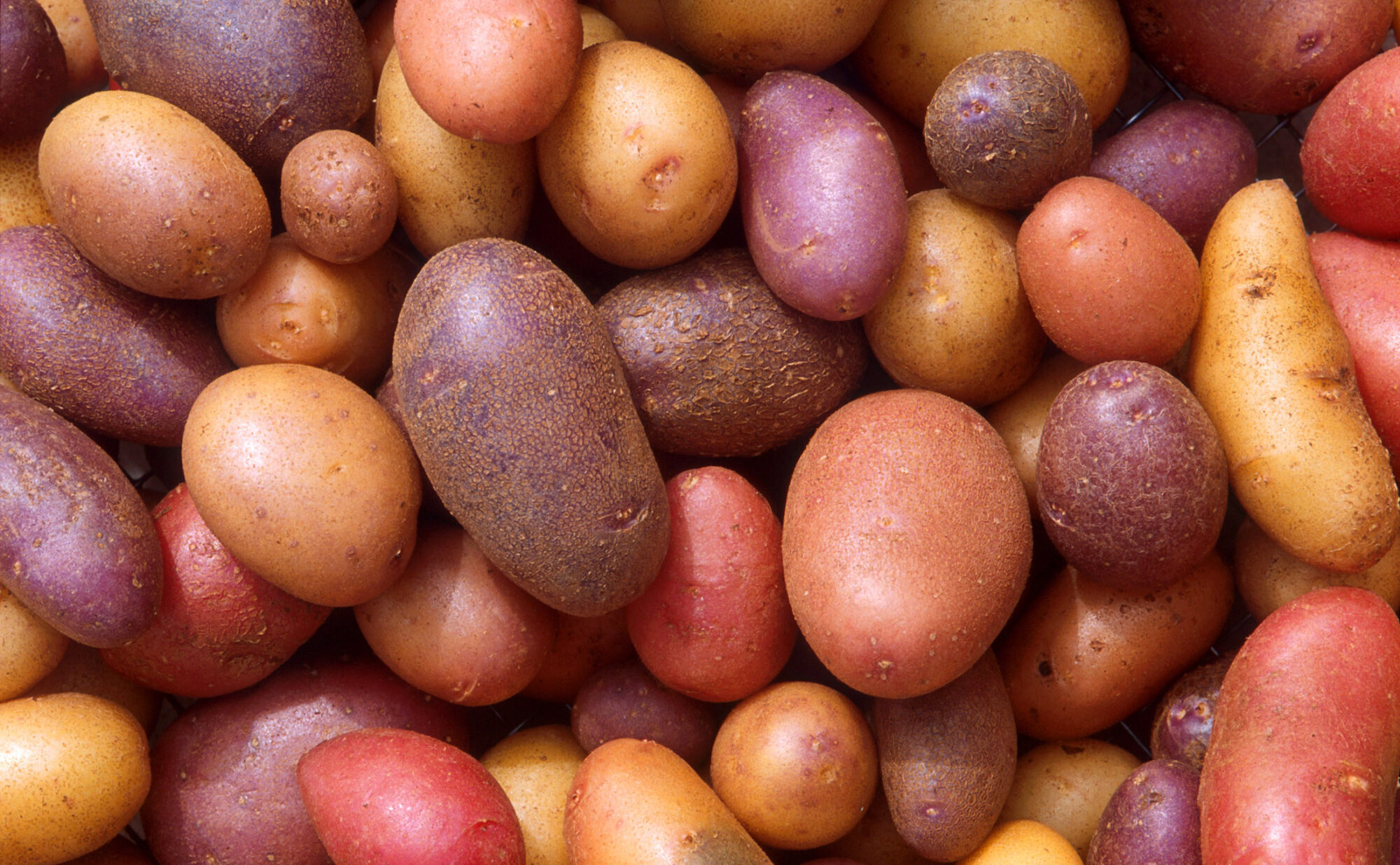 And what a “waxy” potato really means.

The conventional kitchen wisdom is that “starchy” potatoes like russets and Yukon Golds are best for mashing, while “waxy” potatoes like red bliss result in a dense, gluey mash. But all potatoes are high in starch, and none contain any wax, so what’s really going on here?

If you look at the nutritional composition of various potatoes—a hell of a way to spend a Friday night—you’ll find that so-called “starchy” potatoes are indeed especially high in starch. But their mashability comes as much from what’s not in them: simple sugars like fructose and galactose as well as fibers like pectin. Simple sugars attract and trap water in the potato, which makes for a relatively wet mass of starch that doesn’t easily absorb butter and cream.

Meanwhile, fiber acts as the potato’s connective tissue, and since fiber doesn’t dissolve during cooking, a high-fiber potato is kind of like a gristly steak. Both require a lot of chewing and pounding to break down, and lengthy mashing is what turns an innocent bowl of cooked spuds into a dense, pasty mess of tangled starch molecules. Compared to “starchy” potatoes, “waxy” potatoes are relatively high in these simple sugars and fibers. So save them for potato salad.