Get a free recipe
Subscribe
The Best Moon Milk Recipe? To Drink Something Else.
By: Khushbu Shah 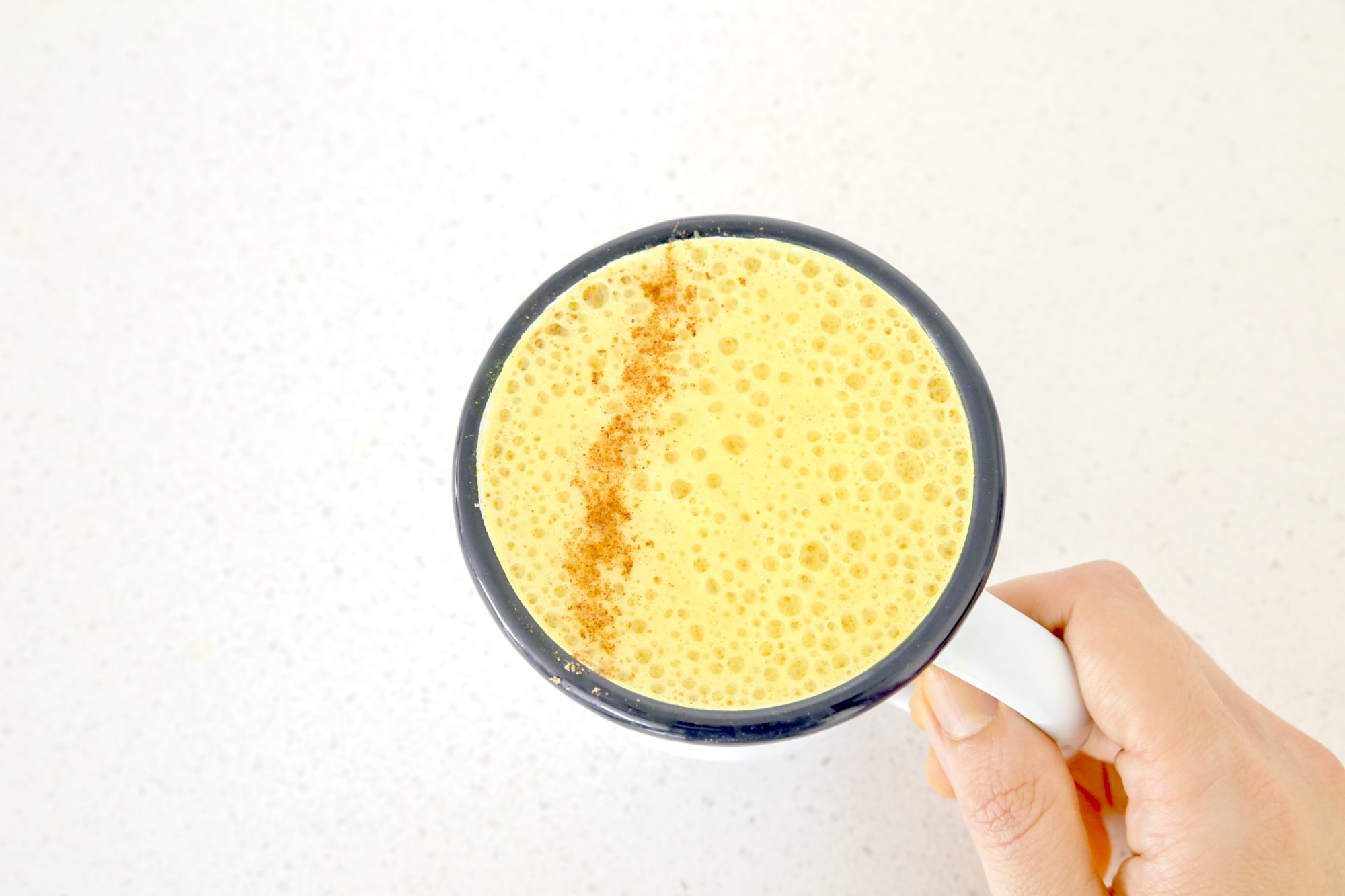 Turmeric milk has been co-opted by beauty bloggers and celebrities—and the phenomenon is baffling to the people who have grown up with the drink.

My favorite recipe for a turmeric elixir is simple: I drink something else instead. As an Indian American witnessing the rise of turmeric over the past 12 months—from my mother’s most dependable cooking spice to a consumable with alleged magical powers—has been nothing short of confusing.

It feels as if nearly once a week, a lissome white woman has taken to the pages of a lifestyle publication and declared that turmeric, the earthy yellow root consumed as part of an elaborate elixir crafted from ingredients like hand-pressed almond milk and organic wildflower honey, is the key to perfectly dewy skin, a well-curated wardrobe, and incredible sun-lit real estate. Each one of these drinks have soft, luxurious names like “moon milk” or “golden mylk” and frequently come with a hefty price tag. At New York City’s the Good Sort, a large “Gold Latte” costs $8, and the “Golden Herbal Tonic” at Cafe Gratitude in Los Angeles rings up at $7.

In spite of this effort to package the drink with lines about lunar mysticism, the only thing that has ever been magical about turmeric milk is that as a child, it was constantly being served to me, without fail, when I was sick. The beverage was only ever presented to me when I was facing down a gnarly cold or virus, and I was never particularly thrilled to be drinking it. This is not a new revelation. South Asian writers have been screaming, or, well, typing furiously, for months. Haldi doodh—direct translation: turmeric milk—is always associated with, well, feeling like shit.

“Just drink it and it will make you feel better, beta, I promise,” my mom would always plead. Even now, whenever I text my parents that I feel like I’m getting sick, they immediately recommend a cup of haldi doodh. For me, the drink has always been a pale yellow cough syrup that I chug out of desperation—even though I always prefer the sickly sweet grape taste of a 10-mL shot of Dimeatapp, instead.

This is not to say that turmeric doesn’t have any of the health benefits that people claim it does—these health benefits, such as its anti-inflammatory and antimicrobial properties, are why South Asians have consumed it for generations. But the mythologizing of the spice in the West as this mystical beverage filled with healing powers is perplexing. Sure, these “elixirs” tend to include pinches and small spoonfuls of “superfood” ingredients, like ashwagandha, collagen peptides, ginger, and coconut oil, and they claim to do everything from give you great skin to heal your muscles after a workout, but for me, this is essentially the same as witnessing someone mix Robitussin with a handful of herbs and some almond milk, call it “A Sun’s Caress,” and charge $15 for a cup. Dress it up all you want, but it’s still medicine.

While I don’t believe turmeric milk is the magical, anxiety-reducing, all-purpose elixir that the Goop fans of the world insist that it is, I understand the appeal of a cup if you’re feeling under the weather. There’s a reason why my dad, and my dad’s dad, and my dad’s dad’s dad, have all sipped cups of haldi doodh: It is comforting. But maybe leave the jazzed-up “moon milk” at the door in favor of something more pared down—a recipe that has worked for generations. It only requires three ingredients, and the result is a smooth and uncomplicated jolt to the system. Mix together a cup of milk, a half teaspoon of turmeric, and a pinch of salt to take the edge off. It might not give you radiant skin and the lifestyle of a fashion mogul, but it will soothe that cough.