Get a free recipe
Subscribe
What Is Bar Pie Pizza?
By: Max Falkowitz 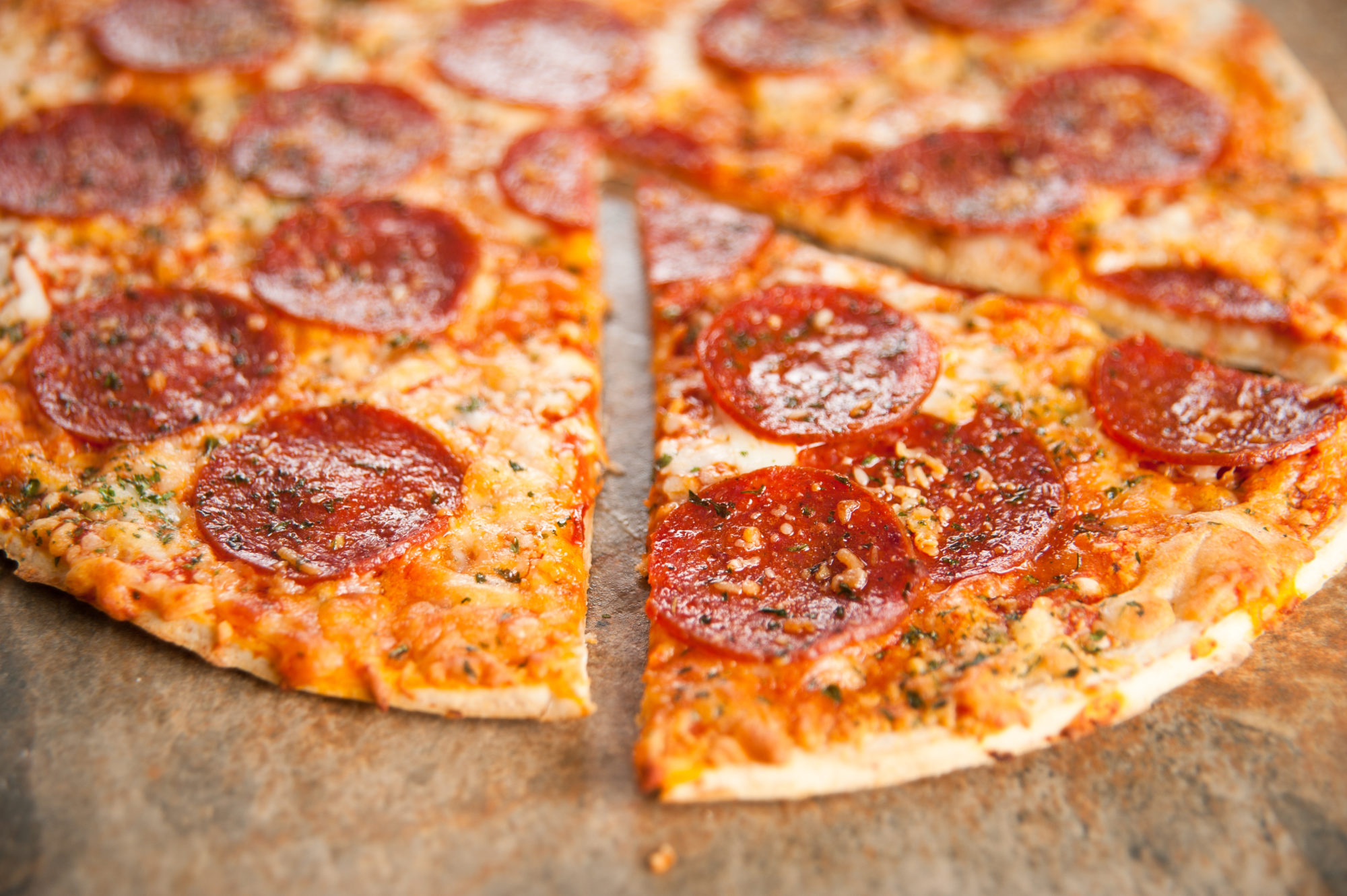 The old beer-baiting snack is enjoying a resurgence.

You may have eaten a bar pie without ever knowing its name. The cracker-thin crust pizza is usually served in bars where it’s probably just called pizza, harkening back to an age before regional pizza styles became an object of food-nerd desire. The bar pie’s domain is also not limited to solely bars, as restaurants like Via 313 Pizzeria in Austin attest.

What the bar pie is is single-serving delight: an 8-to-10-inch personal pizza baked on a wafer-thin crust and topped with tomato sauce, shredded low-moisture mozzarella, and maybe pepperoni or mushrooms, if you’re feeling fancy. There’s no puffy edge, but rather tomato and cheese spread to the outer rim so they frizzle nicely into a blackened lacquer. And the bottom of the crust, though thin, is still a touch pliable with pleasant bits of browning from a quick trip through a gas oven. Pure pizza minimalism at its best—if you can find it. Many of the bars that made bar pies famous have closed, but several suburban taverns in New Jersey and Long Island still sling admirable versions, if you know where to look.