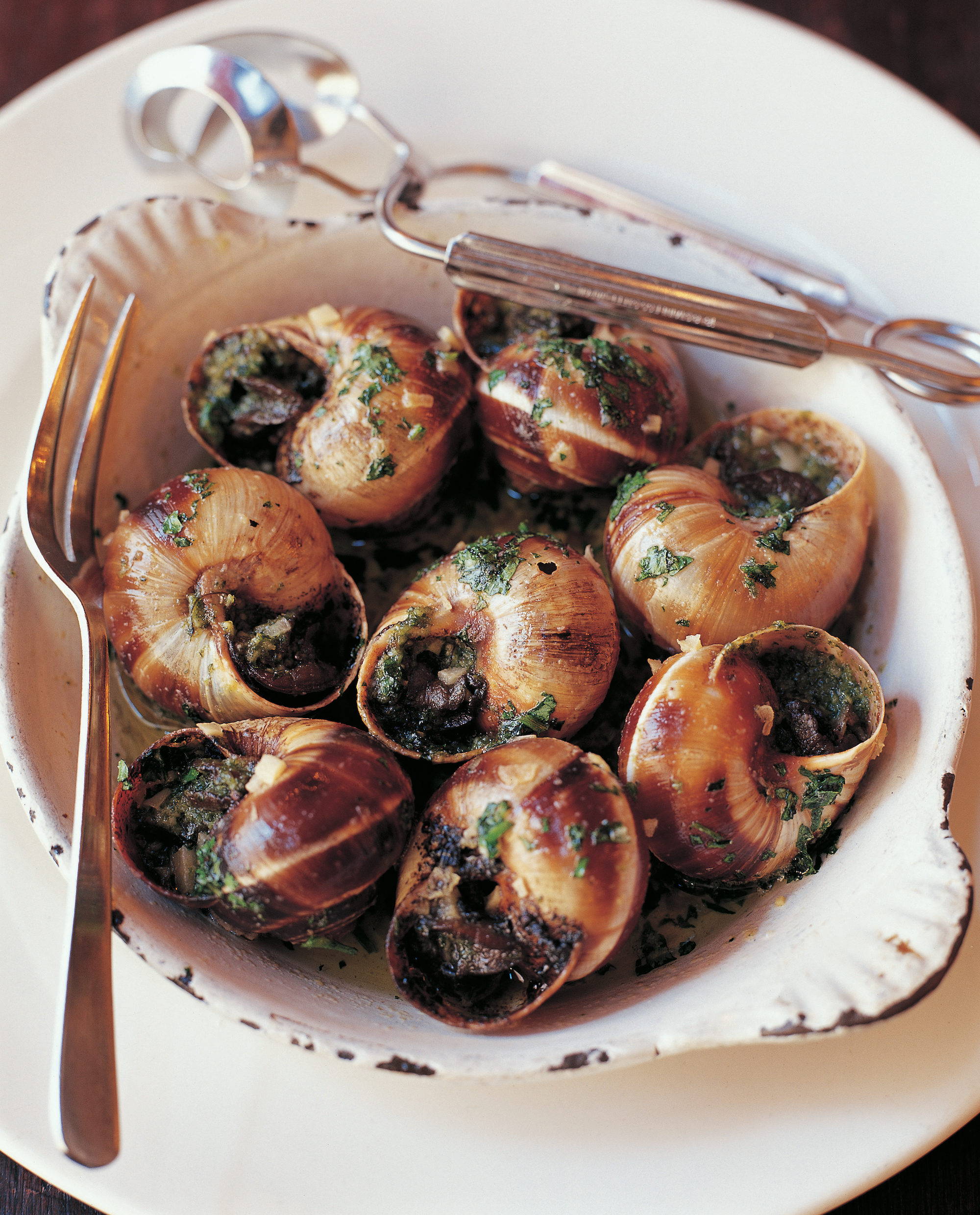 Early in her culinary journey, a future cookbook editor worked through 60 French recipes of the 2003 classic cookbook. It changed the way she cooked forever.

I arrived in the United States from Soviet Russia in 1989, at age 11, at the end of a particularly frigid February—the same year, incidentally, that Taylor Swift was born. Since my family came from a country where foreign influences, particularly those of the “imperialist American aggressor,” were banned, I didn’t grow up with a well-worn copy of Julia Child’s Mastering the Art of French Cooking or its American-cuisine counterparts, The Fanny Farmer Cookbook and Joy of Cooking. In the ’90s, while in high school and then college, I taught myself to cook largely by trial and error, as well as from magazine and newspaper recipe clippings—Gourmet (RIP!), Bon Appétit, Saveur, the Boston Globe, and The New York Times—and it wasn’t until after I graduated from college that I started buying cookbooks for myself.

This is when The Balthazar Cookbook entered my life. I found the book while browsing in my then local (now shuttered) bookstore, BookCourt, in Cobble Hill, Brooklyn. The inviting red cover, with French-menu typography, was all I needed to pick the book up—and I was instantly transported into the bustling Soho brasserie. Instead of Julia Child, chefs Riad Nasr and Lee Hanson became my “instructors” in the revered dishes and techniques of cosmopolitan France, like the sole meunière, French onion soup (which for the longest time I thought was made of onions that were French), and crème brûlée.

Balthazar is the 20-year-old, still-busy anchor of restaurateur Keith McNally’s empire, a belle époque–style brasserie that opened in in 1997, before Soho became a luxury outdoor mall. McNally has been said to have incredible intuition about which neighborhoods would take off next, and he was spot-on here.

In the hands of Hanson and Nasr—who left the group in 2014 and currently run the well-reviewed upscale bistro Frenchette—Balthazar, with its reliable brasserie repertoire, like duck confit, escargots, steak frites, tarte tatin, and many other French comfort-food classics, was an instant hit. For me, the book turned out to be much more than just a cookbook; it became, in a way, my cooking school, teaching me recipes and foundational techniques. I was in my early 20s, two years into what turned into a decade-long career in finance, working long hours and deeply unhappy (though unaware as to the source of my misery). Eight years later, I would jettison my well-paying career and use most of my savings to become a cookbook writer and recipe developer, but at the time, I didn’t have any inkling of what was to come.

I loved the book from the start. The mustard-yellow endpapers, the blurry, in-motion documentary-style photography of servers, cooks, and diners in action, the fonts—the book is the embodiment of the restaurant reimagined on the page. From a viewpoint of a cookbook editor, The Balthazar Cookbook is the perfect visual encapsulation of its namesake brasserie’s ethos.

But it gets better: For all the book’s visual allure, it’s the recipes inside that are the real treasure. Over the last 15 years, I have cooked through about two-thirds of the book—60 recipes in total—and in doing so learned not just how to cook certain recipes, but also valuable techniques.

I found out that caramelizing onions does not take 20 minutes, as many recipes incorrectly tell you, but almost an hour; to make them you need patience and time. I made my first duck confit after buying quarts of expensive duck fat—the expense was well worth it in the end, and I couldn’t believe just how easy it was to make.

With just salt, fresh herbs, and spices, cure the duck legs for about a day and a half in the fridge; then cook them in a 225-degree oven for three hours. No need to open the oven door to check on the duck, no stirring, no rotating the pan. Remove the legs and strain the fat (to remove any bits of this or that). Store the legs in a glass or ceramic container (don’t use plastic as it can impart an off-putting taste), cover them with the fat, and then right before serving, just crisp up the skin on a pan using a bit of that fat. If you’re lucky, you can wind up with even more duck fat than you started with (depending on how fatty the legs are), which basically means that you can make confit over and over. And if you’re like me, you will then use the duck fat for cooking eggs, potatoes, or roasting vegetables. So, in essence, duck confit is a gift that keeps on giving (and practically cooks itself).

I learned while making steak tartare at home (yes you can, brave soul!) that to keep the chopped meat cold, you should place it in a bowl set over another bowl filled with ice. Genius.

When cooking sautéed skate, flounder, or other thin fillets of white fish with brown butter, haricots verts, and hazelnuts, I discovered that brown butter makes just about everything better, and that if I hit it with splash of white wine vinegar at the end, I will create an emulsion so ethereal, it will make your dinner guests feel as if they’re dining in a fancy restaurant. This technique, I went on to realize, works well for just about any protein: fish, steak, lamb, even pork, and instead of vinegar, you can use an acid of your choice, such as lemon juice, in the case of sole meunière, which I also learned to make using the book. I also figured out clever shortcuts that stick with me to this day. Your recipe requires preserved lemon—say, for a tagine or an herb-y yogurt dip—but you have none on hand? I’ve used the base of Balthazar’s lemon confit as a cheater’s preserved lemon recipe for years, and while it’s not exactly a lemons-to-lemons comparison, it’s a great and attainable substitute for when you’re in a pinch. I follow the recipe in the book, with a few adjustments: I replace the vinegar with a tablespoon of kosher salt and cook the lemon pieces for about 10 minutes instead of 20. The book gave me a springboard and allowed me to jump.

At the time of the book’s publication, in 2003, the book’s playful, insouciant tone in recipe writing was new and bold. In addition to lending a strong voice, the authors were also gently nudging you to relax a little, discover that elusive joie de vivre, while maybe (definitely!) going to their brasserie. It was the equivalent of a recipe winking at you. Years later, when I became a cookbook writer and then a cookbook editor (currently back to writing them again), I always held that recipe and its writing in the foreground of my mind, always marveling at how witty and not precious the tone was.

Recipes and techniques aside, perhaps the most important takeaway from the book for me was learning to be patient. Building complex, nuanced flavor cannot be rushed. Duck confit, caramelized onions, and stock take time to come together, but mercifully, the cooking is by and large hands-off, so you’re not standing at the stove for hours.

When I’m feeling flush with time—a rare luxury these days—I make a batch of Bordelaise sauce and freeze it to have on hand for a quick steak dinner or impromptu eggs en meurette. Though I never make my own veal stock, I almost always have some kind of homemade chicken or turkey stock on hand, or I just buy some beef stock and reduce it by half—something I figured out for myself out of necessity and being too lazy to make expensive (and time-consuming) veal stock. And having “shortcut” Bordelaise is still better than having no Bordelaise it at all.

Unless you work from home, few of us have the time to spend long stretches in the kitchen on a regular basis. When you do, try to carve out a few hours over the weekend—between reading the paper and putting your house in order—to learn a few foundational recipes and techniques. I promise you it will be time well spent. These lessons will give you the latitude (and courage!) to forge forth on your own and figure out your own way to flavor.

The Balthazar Cookbook has allowed me to think about cooking in broader, simpler—and yet more comprehensive—terms, seeing the unified whole out of its distinct parts.

The bottom-feeding skate is a humble fish with a clean taste and sturdy flesh. This recipe calls for a classic brown-butter sauce, as well as a sprinkling of hazelnuts, which enhances the already nutty flavor of the dish. As always when buying fish, seek out firm flesh with no ammonia-like odor.

Olga Massov is a cookbook writer and editor. She's a recent transplant to Arlington, Virginia and a homesick Brooklynite. Her upcoming collaboration with James Beard award-winning chef Michael Schwartz, Genuine Pizza: Better Pizza at Home (Abrams), is due out Spring 2019.