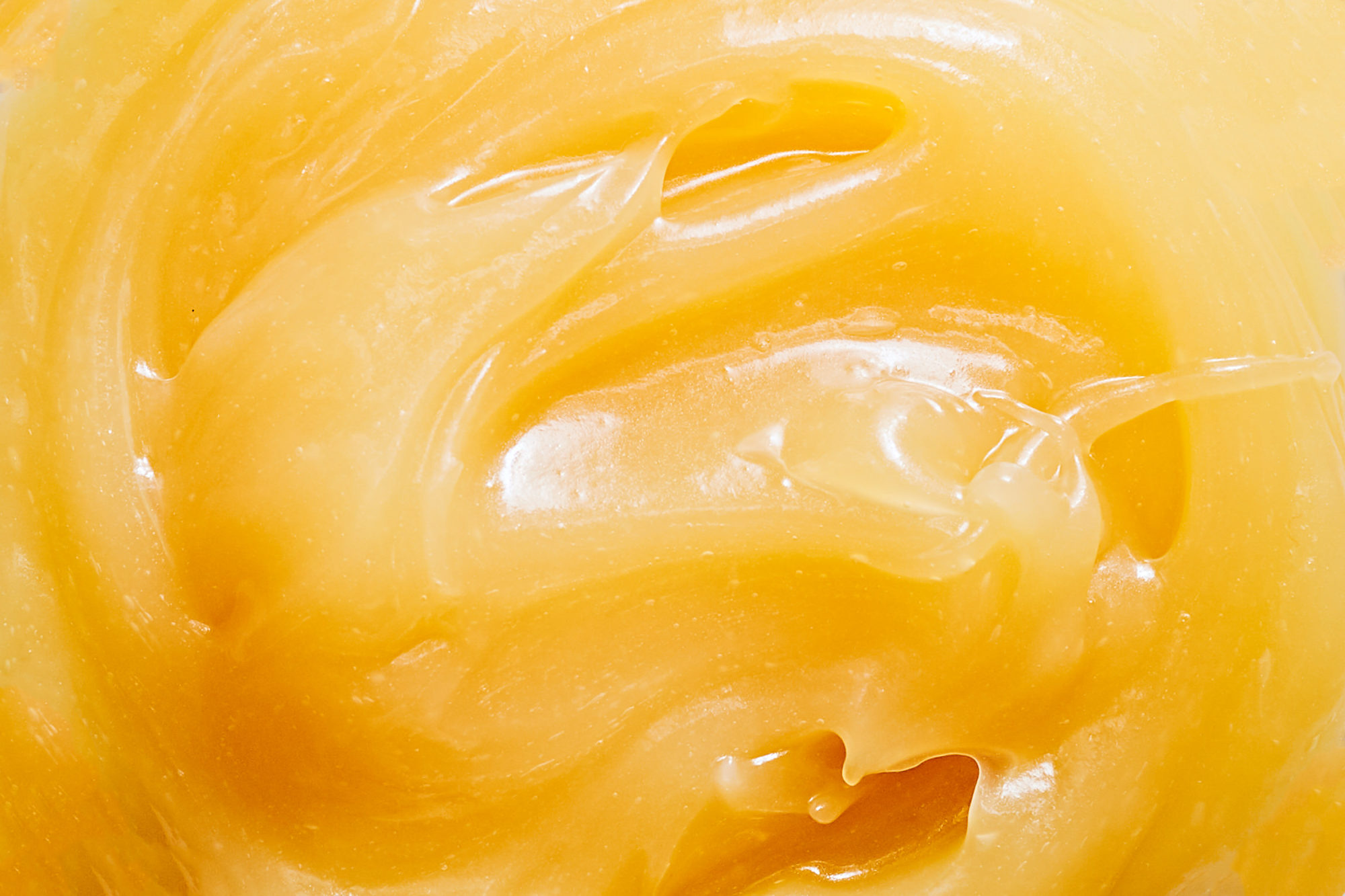 If your baking experiments tend to result in disaster, a little jar from the grocery store might be the solution.

I’m a skittish baker. Baking, I’d been told, was not for impulsive improvisers like myself; it was about careful teaspoons over haphazard pinches. Then I found the training wheels I needed in a jar of lemon curd.

I’ve long had the habit of picking up $2.99 jars of Trader Joe’s “authentic” English lemon curd to smear generously on toast, muffins, and, on particularly trying weeknights, directly onto a spoon and into my mouth. One summer Saturday, I set out to make lemon curd ice cream using the last half of a jar. The viscous curd, I found, was surprisingly easy to beat into the hot-milk-and-cornstarch base that would become ice cream. As my mixture quickly became a confident, consistent yellow, I poured the mixture into a bowl, tossed it into the freezer, and set to Instagramming various snapshots of my triumph.

After the lemon ice cream went off without a hitch, I managed to botch some simple lemon bars. I didn’t make it very far past a thin, crumbly crust and a filling that I hadn’t cooled for the requisite amount of time. Ice cream had been a surprisingly straightforward endeavor, but it hadn’t really exposed me to the skills necessary to become a strong baker–nor had I learned much about how lemon curd’s strong, tart profile interacts with other flavors.

The key, I learned, was to add ingredients sweet enough to balance out the sharpness of the curd, but not so strong that it felt like a flavor overload.

Cue a ’90s rom-com montage scene of lemon curd baked goods: Crepes with lemon curd and blueberry compote! A simple pound cake! Thumbprint cookies! The key, I learned, was to add ingredients sweet enough to balance out the sharpness of the curd, but not so strong that it felt like a flavor overload. Frozen blueberries turned out to be the most fun to experiment with because of their mildness and affordability, once I got over the alarming neon green my batter turned when I mixed the frozen berries with lemon curd (for those in my generation: think slime straight out of a Nickelodeon afternoon show). Strawberries and raspberries (all frozen—the fresh stuff seemed to get a little too mushy) also worked well. Meanwhile, walnuts or pistachios and lemon curd made for an unpleasant “melted brittle” texture that didn’t go over well with any of my taste-testers.

As I made my way through an array of recipes I had flagged as potential vehicles for lemon curd, I jotted down the takeaways in an attempt to make something useful out of the batches of wasted dough and curdled fillings. When I made thumbprint cookies that required lemon zest in addition to lemon curd, I learned that aggressive zesting can turn a cookie overly bitter. I found that adding just one too many dollops of Greek yogurt to lemon curd batter makes for an unappealingly soggy cake. Likewise, flavored Greek yogurt (like key lime) sounds like a natural choice to mix with lemon curd, but in reality, it makes for too many competing flavors. Simplicity, especially with a bold ingredient like the one I had chosen to work with, was key. After countless sour-faced taste tests, I internalized the importance of adding a few teaspoons of vanilla extract (and sugar) to balance out the overall tartness of a lemon curd filling in cupcake recipes.

My first truly successful off-recipe modification was adding two teaspoons of matcha to a lemon pound cake batter. It was a teeny, tiny tweak that I wouldn’t have had the confidence to try if it hadn’t been for experimenting with different jams, yogurts, and berries in previous cakes and muffins. Baking might be for the teaspoons-not-pinches crowd, but I’ve found there’s still a lot of wiggle room within the confines of those teaspoons.

Oset Babur is a writer in Boston, MA. Her work on everything from women-owned cider houses to unruly eyebrows lives at www.osetbabur.com or @baburoset.