Get a free recipe
Subscribe
Why Do We Add Vodka to Vodka Sauce?
By: Max Falkowitz 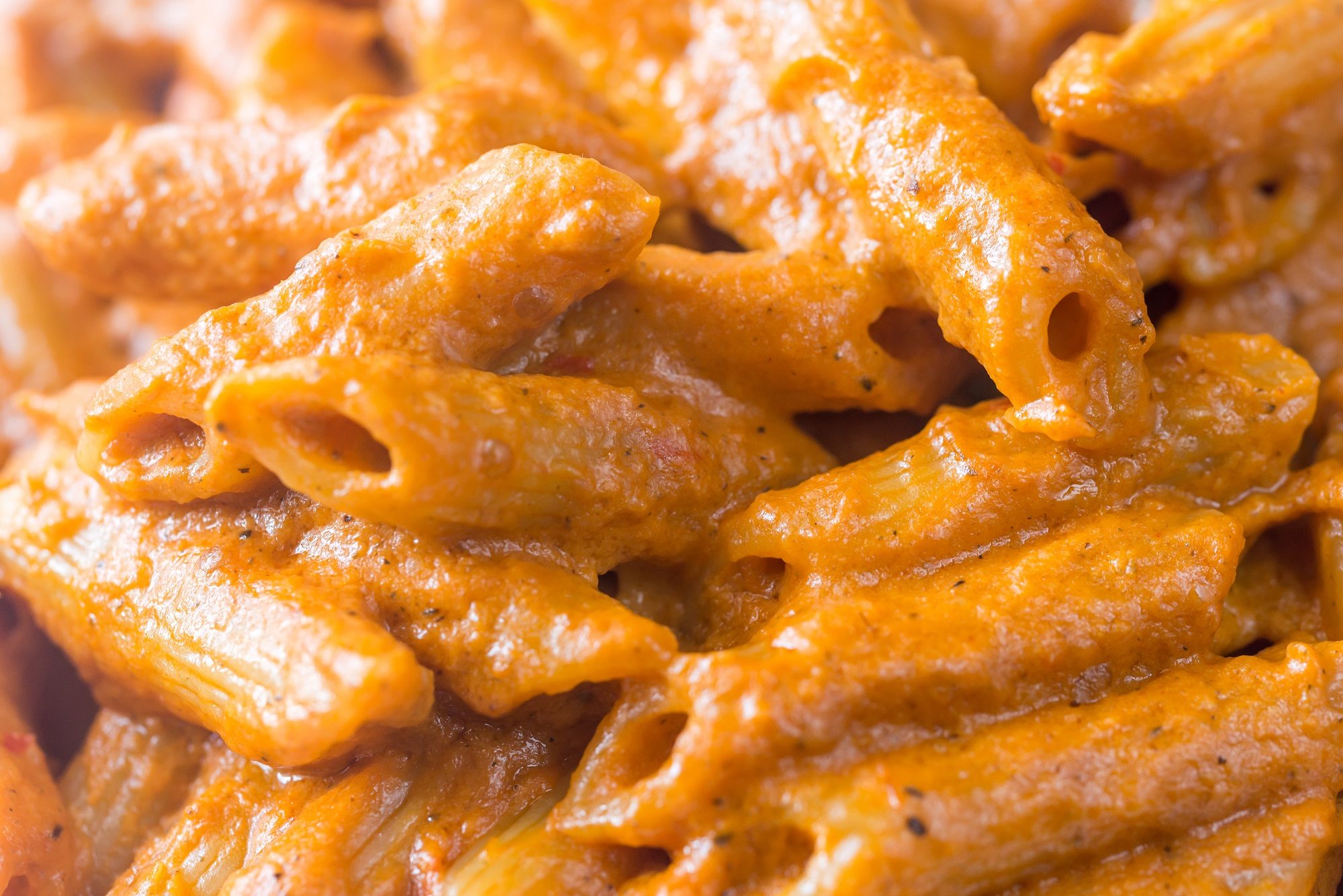 A quick guide to the chemistry of alcohol-soluble flavors.

Few pastas are as comforting as penne à la vodka, but have you ever wondered why it calls for vodka in the first place? After all, vodka is flavorless by definition, and once it simmers in the sauce, shouldn’t all the alcohol cook out? For the most part, that’s true, but the vodka isn’t there for its own flavor so much as what it does for the rest of the sauce.

In the same way that some compounds are soluble in fat and others in water, certain flavor compounds found in tomatoes are only soluble in alcohol. Adding a bit of vodka to the sauce lets those compounds come out to play, and when you factor in alcohol’s unique ability to funnel aromatics right to your nose (think about how intense the aromas are in a freshly mixed martini), you get a cheap but effective way to wring even more flavor out of just a few simple ingredients.