Get a free recipe
Subscribe
Settling in Paris Can Be a Comedy of Errors
By: David Lebovitz 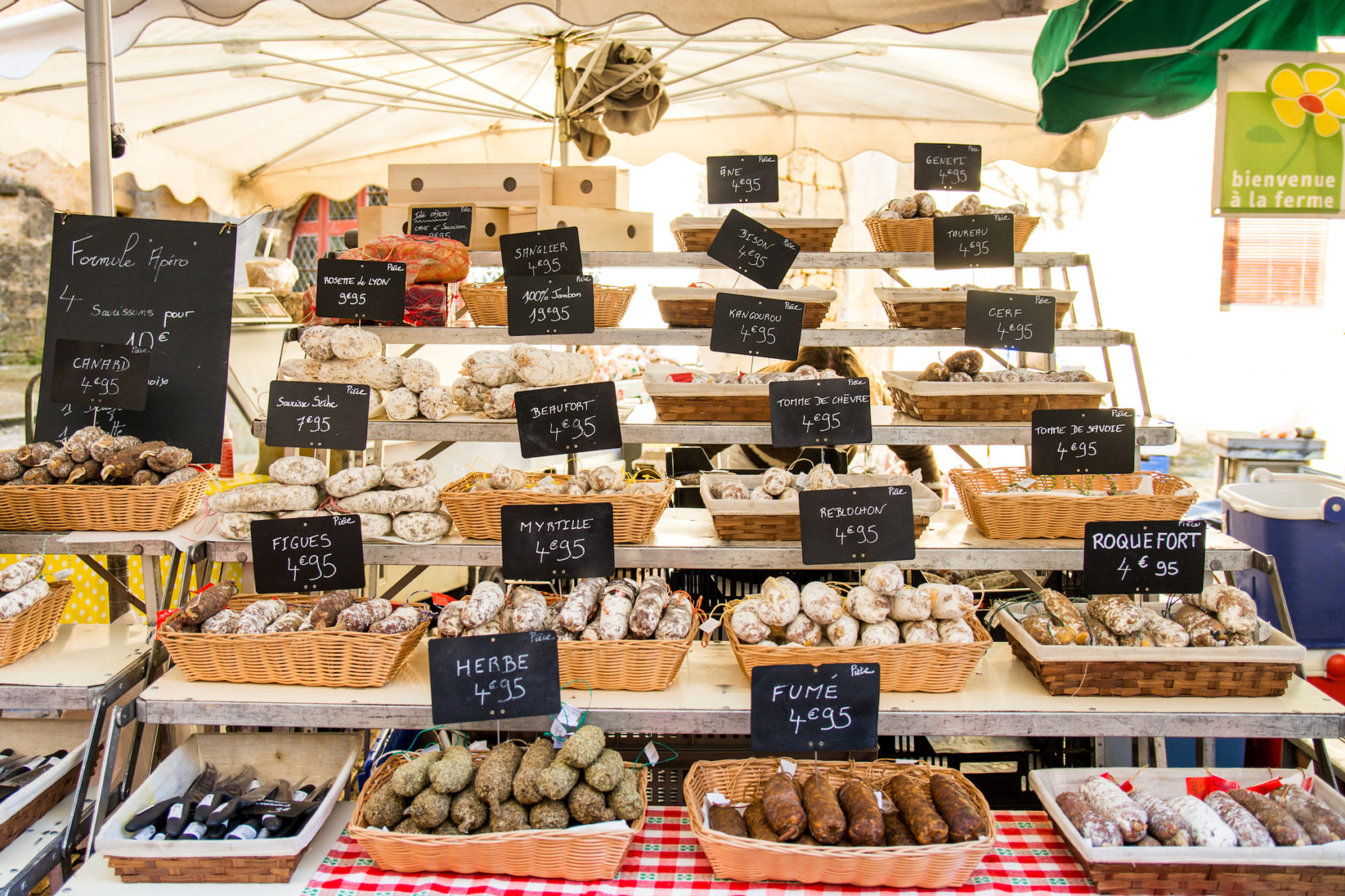 In a new memoir full of recipes, blogger and cookbook author David Lebovitz writes about his quest to buy a home of his own in Paris.

Part of the joy of reading David Lebovitz’s blog or any of his cookbooks is the glimpse you get into his Parisian life. Whether he’s writing about caramel ice cream, tempering chocolate to make bars, or braising a chicken with grapes, it’s through the lens of a Californian who has moved to France and fallen in love with the country, quirks and all. Woven into the stories about each dish are bigger stories about the ingredients, the tools, the markets, and the neighborhoods that make Paris Paris.

In his new book, L’Appart, Lebovitz writes about his decision, after living in France for ten years, to take the plunge and buy an apartment. This may sound like a natural next step after acclimating to a new city and building a life there, but it was one that threw a lot of curveballs. First there were the blood tests and the urine tests to assure the bank that he wasn’t likely to die before paying off the mortgage. Then there were the many polite “no thank you”s upon visiting apartments with exposed wires and piles of empty wine bottles. And even after buying the apartment, there were buckled floorboards and kitchen renovations and piles of boxes to wade through. But what does a baker do in the face of stress, without a kitchen or a functioning oven? He makes tiny raspberry gratins in the countertop toaster oven, of course.

In the end, buying an apartment in Paris wasn’t that different from visiting a farmers’ market in Paris. It was a quest to understand French mannerisms, etiquette, and aesthetic sensibility—to be just the right amount of discerning (or exigeant) and just the right amount of optimistic. Lebovitz had to stick it out to find an apartment that had all of the ingredients he needed to make it into a home. And just as every farmers’ market purchase tends to come about with a future meal in mind, he ultimately fell in love with an apartment that had the potential for a lot of great meals. —Anna Hezel After ten years in Paris, I’d acclimated to life here. I was on a first-name basis with the clerks in my local shops, especially the ones at the office supply store where I replenished the supply of paper and ink cartridges one plows through by photocopying the slew of paperwork that becomes a part-time job. I’d also be­come friendly with the vendors at my local market, where my life revolved around my twice-weekly rounds of shop­ping for fruits, vegetables, sausages, pâtés—whatever caught my eye—and stopping off at the bakery on the corner for a bien cuite (well-cooked) baguette (which to me are the only kind) on the way home.

The longer I lived in my neighborhood, the better I knew the vendors: Who had the strawberries that would be bright red all the way through when I cut into them later. Whose Comté was aged longer, giving it a sharper, nuttier flavor. Who would give me a better price if I bought several kilos of apricots because I was testing recipes and needed an en­tire case. And most important of all, who would let me pick out my own fruits and vegetables in a country where picking out your own produce can trigger a blistering reprimand (or even a hand-slapping, as a friend in Provence found out). It’s a good thing they retired the guillotine in 1977 before I ar­rived, because even though I know I’m not supposed to, I can’t resist touching and selecting fruit that I’m buying. It’s too frustrating for me to order fruit and vegetables by point­ing and saying, “I’ll take that one of those…and three of those, no…not that one, the lettuce on the left…and a few of those nectarines, oh…no, wait…I want smaller ones. Can you rifle around for some that are riper? Or ones that have a redder blush, for a photograph?…Okay, now that I’ve asked you to do that, can I get four of those pears? I’m testing a recipe and need pears that weigh 125 grams each…and two need to be ripe right now, and two that will be ripe for tomorrow. Sure, I can wait…”

As I got to know the sellers, I’d banter and chat more freely with them, sometimes to the consternation of those waiting behind me. But the part of being French that I’ve def­initely mastered is that when it’s your turn, you don’t think about anyone behind you. Lines in France are like the ones for bathrooms on airplanes. When you’re waiting, you’re im­patient: What the heck is taking the person in front of you so long? But when it’s your turn, you take all the time in the world and forget about everyone else behind you. If you’ve ever waited behind madame at the market, selecting her two figs as she ensures that each one is free of even the tiniest of scratches, inspecting every cluster to find just the right nine grapes, or wanting only half a head of celery (which they actually do sell), you might swear they’re cookbook au­thors, too.

It took me at least a year, but I became the master of my market. I knew where the ripest Brie de Meaux was, which Camembert was primed to give up its gooey center when I sliced it open later that evening. I’d shuffle forward in line, and when it was my turn to speak to the fromager, I would stand in our isolated bubble, having a tête-à-tête with her about which particular cheese was exactly the right one. If madame started nudging me forward with her wheeled shopping trolley (which, I finally figured out, was how I got those skid marks on the backs of my socks), I’d be certain to ask a few additional questions, ones that would provoke thoughtful—and very, very lengthy—answers.

In time, the egg fellow began to give me a discount on the dozens of eggs I cracked my way through testing reci­pes. And eventually, by unspoken agreement, the fruit sellers conceded to letting me pick my own pears, nectarines, figs, and apricots, once they realized I was more discerning than they were.

As much as I like to pick out my own fruit, and as much as I like to cook, it’s hard to replicate the market’s spit-roasted chickens, with skin so crisp even after being wrapped up in a stiff paper sack with a 1970s-style black-outlined orange-and-yellow graphic of a chicken bronzing over an open flame. As soon as I got home, I slid the chicken out of the bag, the salty skin so delectably crunchy that if I pulled off even a single piece before I unpacked the rest of my market haul, I was powerless to resist wolfing down the entire poulet rôti right then and there. Some people eat peaches leaning over the sink, with the sticky juices running down their arm. For me, it’s the fond de poulet—the naturally thick jus that saturates the meat—that I’m fou for.

In France, being exigeant, or discriminating, is consid­ered a positive quality, as is complaining: both put vendors on alert that you expect the best. I knew how to time my ar­rival at the bakery so I’d get there when the baguettes were still warm. The apron-clad clerks were used to my request for a bien cuite baguette and would dutifully burrow through the basket of baguettes to find just the right one. Once the clerk found a baguette that met my rigorous standards, they would wrap it with a small square of paper just large enough for my hand to grab the baguette, but no more, as excess is frowned upon in France. (Look what happened to Louis XIV and his wife.)

As soon as I got the baguette outside, I’d pinch off the crusty end—le quignon—squeezing the tip with just the right grip…not too high, because you don’t want to end up with a few dry crumbs, but not too low, because you don’t want too much of the softer inside of the bread in relation to the crust. Years of experience has taught me precisely where to grab and twist the tip with just the right amount of torque so I end up with a perfect balance of crust and crumb, before popping that bite of warm, supple crunchiness in my mouth as I head home.

Dandelion’s assertive flavor works as the perfect foil to this crispy, cheesy flatbread. Topped with fresh greens, it resembles a bountiful salad piled on bread, with a bonus layer of melted cheese between the two. I toss the greens in a strong dressing, with a heavier emphasis on the vinegar than a traditional vinaigrette and a touch of garlic for extra zip. You can bake some country-style ham, such as prosciutto, on the flatbread, under the cheese, or drape very thin slices over the top. Cooked cubes of crisp bacon could be tossed with the greens in lieu of the ham. Whatever direction you decide to go in, be sure to prepare the salad ingredients be­fore you bake the flatbread, so you can toss everything to­gether shortly after the flatbread comes out of the oven. In place of the dandelion greens, you could use baby spinach or arugula. 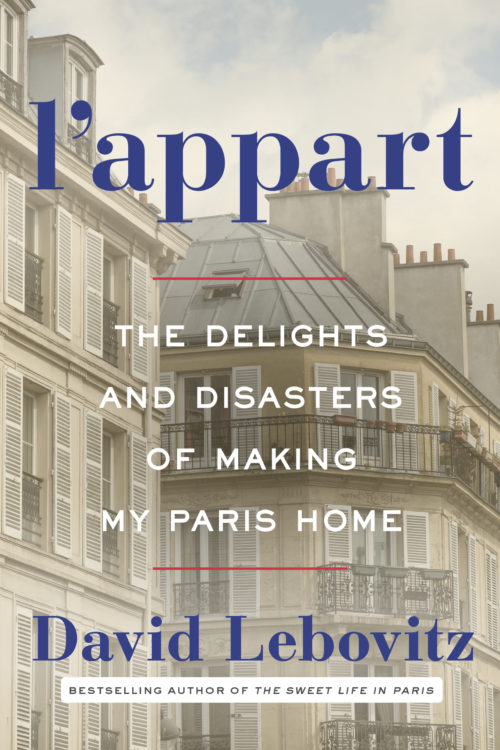 David Lebovitz has been a professional cook and baker for most of his life; he spent nearly 13 years at Chez Panisse until he left the restaurant business in 1999 to write books. He moved to Paris in 2004 and turned his website into a phenomenally popular blog. He is the author of six books, including The Perfect Scoop, Ready for Dessert, and a memoir called The Sweet Life in Paris, and was named one of the Top Five Pastry Chefs in the Bay Area by the San Francisco Chronicle. He has also been featured in Bon Appetit, Food & Wine, Cook's Illustrated, the Los Angeles Times, the New York Times, Saveur, Travel and Leisure, and more.