Get a free recipe
Subscribe
A Charcuterie Board Between Bread
By: Amethyst Ganaway Photos: Peter Frank Edwards 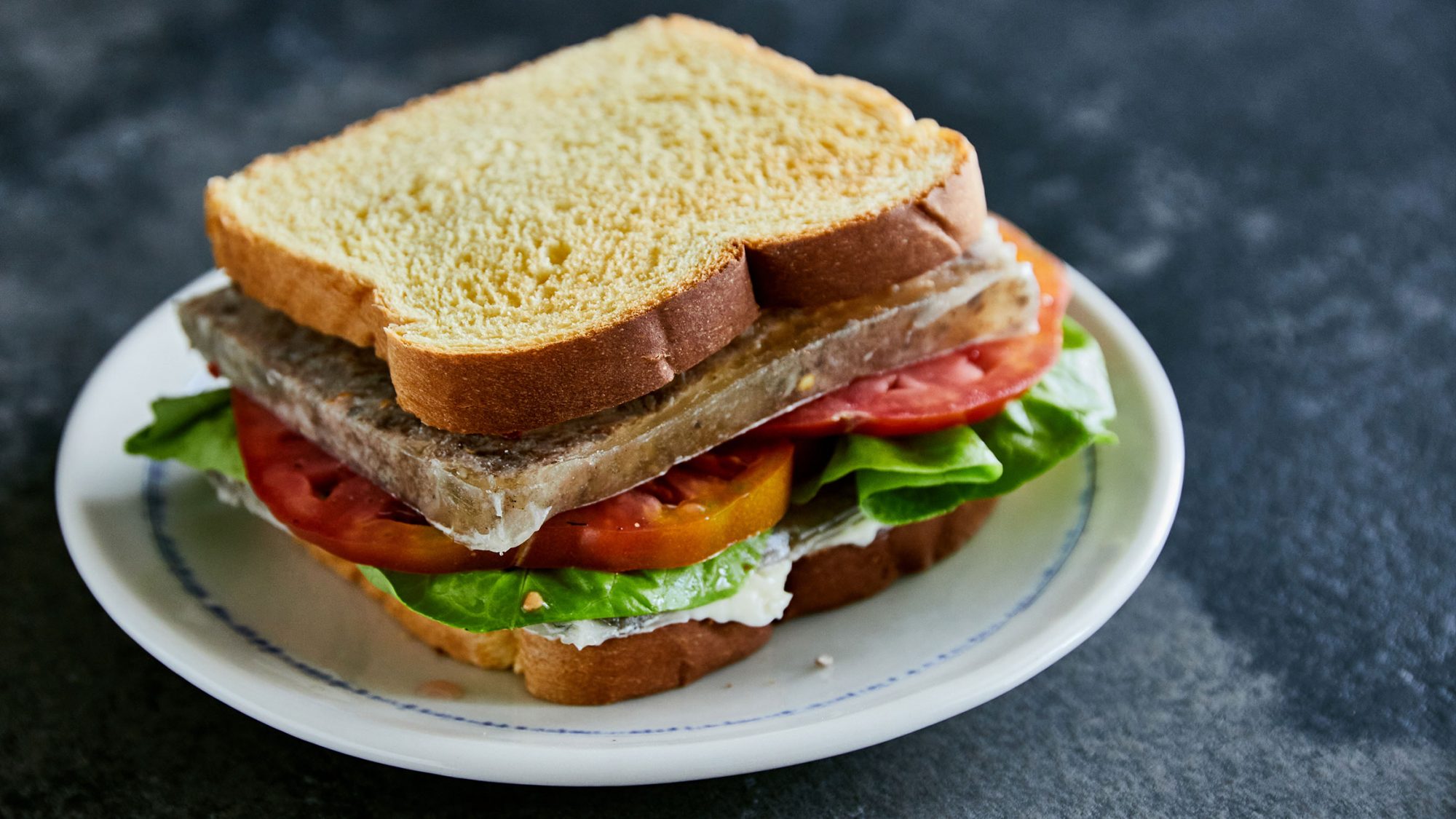 Our Cook in Residence, Amethyst Ganaway, has a sandwich that will make you love hog’s head cheese as much as she does.

Hog’s head cheese (head cheese or brawn, as it’s also known) is found all over the world. It’s a cold cut of pressed, cooked pig parts that come from the head of the hog, held firmly together by the natural gelatin formed by cooking the parts. It sounds crazy, I know, but trust me on this one. If you like bologna, you’ll like hog’s head cheese. Much like many of our favorite lunch meats, more often than not, we don’t really know what’s in there, but, slapped between two pieces of slightly toasted bread with fresh summer tomatoes and crunchy lettuce, it still tastes fantastic.

Hog’s head cheese can be made with the head of a calf or pig, or just other trimmings and parts that aren’t otherwise commonly eaten. Usually, in the South, you can find a spicy and mild version—I personally am a fan of the spicier variety, because I like a little kick with the cheese. Making head cheese is a time-consuming process, and one that can be intimidating for even the most seasoned professional chefs (a whole head of an animal can make a person squeamish), so here’s a good recipe if you want to try your hand at making a more simple version. You can also order a nice version of souse sold online through Neese’s.

You can look at this sandwich like a reconstructed charcuterie plate—the creamy mayo, spicy mustard, and pickles all act as accoutrements that only add to the sandwich and really compliment the head cheese. Just don’t try to give this sandwich to your grandfather who loves hog’s head cheese—he’ll probably look at you like you’re crazy and ask for his cheese on its own plate without all that mess on it.