Get a free recipe
Subscribe
A Champion Pitmaster Has Big Promises for Your Small Grill
By: Ashley Rodriguez Illustration: Nick Hensley 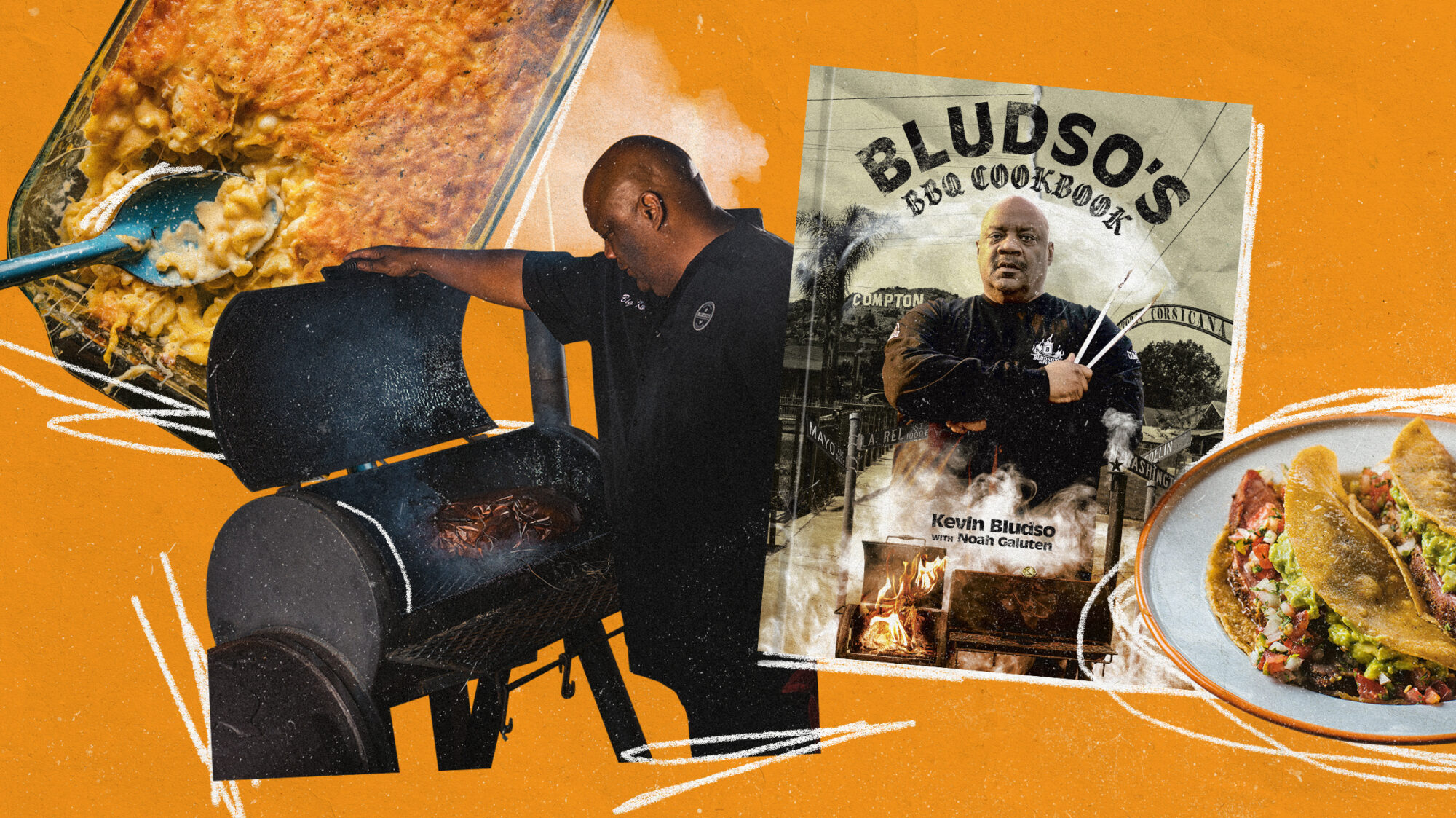 Initially, Kevin Bludso wasn’t interested in writing a cookbook. “I didn’t think my life was worthy enough of a story,” he recalls. Still, with his debut book, Bludso’s BBQ Cookbook: A Family Affair in Smoke and Soul, Bludso took the opportunity to dive deep into East Texas–style barbecue and his family history.

Los Angeles–based Bludso is a fourth-generation pitmaster and a judge on The American Barbecue Showdown (which airs on Netflix). He opened his first barbecue restaurant, Bludso’s BBQ, in his hometown of Compton in 2007, bringing recipes he learned from his grandmother during summers spent in Corsicana, Texas.

The cookbook is just as much about barbecue as it is about Bludso’s life and upbringing. This is not necessarily uncommon in a cookbook, but Bludso takes it to another level, sharing newly uncovered family stories and personal missives throughout—for example, there’s a whole section called “What Everyone Has Wrong About Compton.” Reading the book feels like he’s already decided you’re his friend: he talks often about his parents (his father was a cop and his mother a Black Panther organizer), and throughout the recipes, he reminds you not to “fuck it up” by making a silly mistake. “Make sure to cook your tortillas; don’t go through this long cooking process and fuck it up with some dry tortillas,” he says in a recipe for Smoked Oxtails Birria. His tone resembles that of a familiar buddy who gives you a hard time because he cares about you—and genuinely wants you to make something delicious.

Bludso’s book is the first written by a Black pitmaster from LA, and with its focus on fundamental technique and achievability at any skill level—you can start with a high-powered smoker or just a small grill—it’s slated to become a staple for any aspiring barbecue cook. “I’ve still got an old Julia Child cookbook from 1967,” he says, “and I want my cookbook to be just like that.”

One of the first things I was struck by in your book was how accessible you make barbecue. I didn’t grow up in a city with a barbecue tradition, and your book convinced me I need to go out and buy a grill and start trying at home.
Yeah, I mean, there’s some intense recipes in there, but barbecue is fun—it’s fun doing it, and it’s fun learning how to do it. We wanted to make the book accessible to anybody, from a seasoned pitmaster to somebody who’s never barbecued, like a single mom in New York that might want to barbecue for her son. We wanted to make it easy, so they can start off and take off. Barbecue is not supposed to be like algebra or calculus or anything like that. It’s supposed to be fun.

You go through the basics of barbecuing in depth and remind people that all they need is a grill to get started. Why do you think people see barbecue as unavailable to them?
It’s just the tradition of it. Most people live in cities, so they look at the South, and they see all that land, and they see these big old pits. They like the beauty of it but [are intimidated]. But you can do the same on a balcony somewhere with the right equipment, as long as you learn your equipment. We wanted to let people know that you can make good barbecue everywhere. There’s nothing wrong with the big commercial pits, but you can make some good barbecue on a Weber in your backyard. Everybody’s not doing it to go into the business of barbecue—[some just want] to be that great chef in their family.

You might be the next one. Someone might say, “Oh, your ribs are incredible,” and then 30 years later, the next generation is still talking about your ribs. There’s not enough tradition being set up in families anymore, and a lot of traditions are always around food: who makes the potato side, who does this, who does that. Anytime there’s good food, you know the family is coming around, so that’s the main thing about it. We need to bring some traditions back to the families.

You tell a lot of family stories in the cookbook—some that you know well, and others you discovered or learned as you were researching the book. What was that like, to learn new family tales?
There are two sides of the family, you know? My mother’s side of the family is hush-hush on so many things. And I said, “Hey, aunties and uncles, y’all getting older. We need to start knowing some of these stories.” There’s so much that’s not even in there, and the respect that my family had to tell me these stories, because I’m telling you, they don’t talk. They’ve held stuff in for 50 or 60 years, you know?

And now that those stories are in the book, they’ll be told forever. The book will always be somewhere—in a library, in a bookstore, and some sort of story will be told forever. And they were nervous about it, but now a lot of them are so proud to see their story put on paper, and that’s why we wanted the book. We wanted the book to be a good read.

When you sit down and eat, what do you do? Y’all sit down, y’all eat, y’all tell stories. You have drinks. You listen to music. So I wanted that book to be all that. I wanted you to feel like you were sitting down at dinner with mom and pop, aunties and uncles, brothers and sisters, everybody having a good time.

You have a rub recipe for every kind of meat, and you’re very specific about the spices you think pair well with each cut. How do you come up with which spices to pair with each type of meat?
I’m trying to get the natural flavor out of each rub. You know, brisket tastes good to me on its own. I don’t think you need sugar on beef. Pork is excellent with sugar, so I have sugar in my rubs for all my pork, but I don’t want a rub where all you are tasting is the rub. You can barely taste the meat then. I still want you to be able to taste the meat.

A rub is an enhancer on a good cut of meat. Pairing different flavors and what goes with what just comes with time. People always ask me, “Can you make me a good rub?” No—you can make yourself a good rub. Just start off with equal parts salt and sugar and go from there, and add on and make your own signature rub.

I was watching you on The American Barbecue Showdown, where you’re one of the judges. In the very first episode, you asked one of the contestants what eating their food will help you learn about them. And from reading the book, it seems like barbecue is truly a genre you’re encouraged to make your own.
Everybody’s got their opinions about barbecue. Everybody doesn’t have opinions about eating Hamburger Helper.

Barbecue is always a competition. Like, “Oh, my ribs are better than yours.” And then, even when they give you your credit, people are going back home trying to top you the next time they do it. I think it’s the only real food that’s like that.

You can take a swing from my recipes and then add what you want to add. You can add one thing, and that’s not Bludso’s anymore. So you took it and got your start from that. But now you added your own swing, and now you’ve got the bomb rub yourself.

In the book, you mention that one of your favorite things to order at a barbecue place is sausage. Why?
I love sausage. I just feel like you can do so much with ribs and brisket, and even though I make good brisket, I’m not a huge brisket person. When I go to a restaurant, I do want to try the brisket, but my two favorite things at a barbecue restaurant are ribs and sausage, and I just want to taste the sausage.

There used to be a place called Gadberry’s on Slauson and Broadway in LA. They had the best beef links and the closest ones that I ever tasted to my granny’s. Just some sausage and a piece of bread and some barbecue sauce was always incredible to me. I still make that now for dinner, and I still like my ribs LA-style most of the time. I don’t ever go too far from my LA roots.

There are so many lessons you share from your granny and other relatives in the book, but I keep coming back to something your mom said about there being “no easy wins.” It occurs to me that that’s true of barbecue in general.
I talk to guys all the time who think they want advice, but they really don’t want your advice. They say things like, “I could only cook up boneless, skinless chicken breasts because they cook faster on the pit,” and then I’ll be like, “Wow, why are you in this business?”

If you’re trying to create shortcuts, there are no real shortcuts to good barbecue. It’s low and slow most of the time. So that always has me. It’s hard work, especially in the summertime, when it’s a hundred degrees and you’re in front of a 250 degree pit. But you chose to be in this business. So why not give it your all? 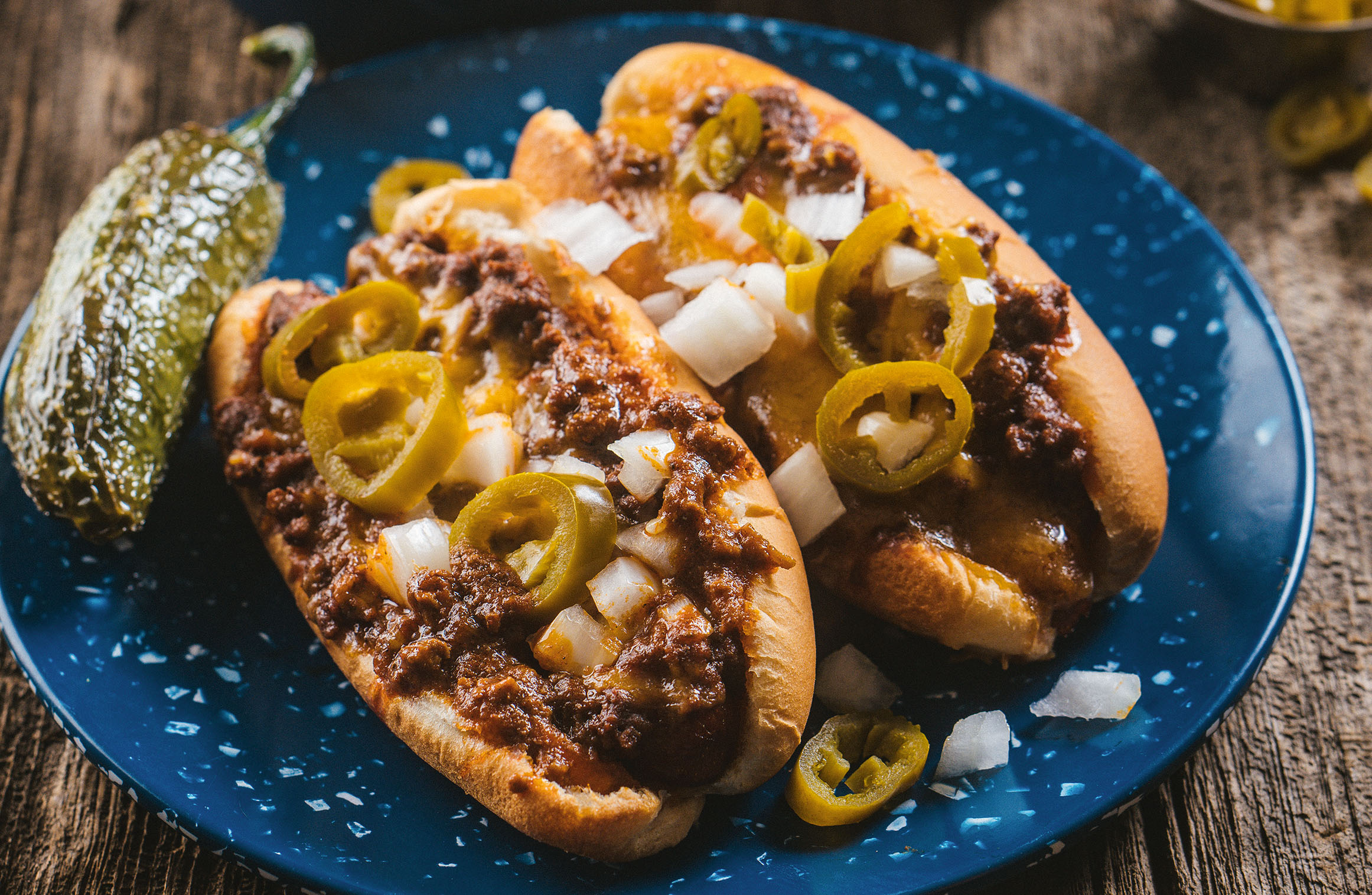